The Perils of an .xyz Domain 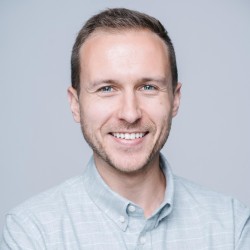 What if I told you there was a way to instantly increase your email deliverability, website accessibility, the number of social media posts, and the customer perception of your brand? We just did exactly that by switching our primary domain from spot.xyz to spotvirtual.com.

Initially, the allure of a four-letter domain was strong. The .xyz extension was also fitting–Spot being a 3d virtual workplace in the browser–as it pertains to the multi-dimensional nature of our product. Moreover, surely choosing the same top-level domain as Google’s parent company, Alphabet, has been using for years is a relatively safe choice for our application? Unsurprisingly, this turns out to not be the case.

Not all top-level domains (TLDs) are created equal and some are much worse than others. We suspected as much, but we didn’t know how to quantify the risk when we were making this decision. In this post we lay out the impacts that having a .xyz was having on our business and hope to simplify the decision for other companies in the future.

We should have known better from the beginning as we previously founded Outreach.io, the leading sales engagement platform, making us no strangers to email deliverability. In the early days of Outreach, we had utilized some short .xyz domains to use for shortened links in emails sent on behalf of our customers. At the time, this seemed like a sensible decision, as Outreach was also using a relatively unknown TLD, .io.

This turned out to be a very poor decision. Even though we weren’t even sending emails from .xyz domains, simply including occasional links with URLs ending in .xyz caused very poor deliverability for our customers. We quickly course-corrected and switched over to .net and .com domains and the situation improved.

Despite this experience, we still decided to use spot.xyz. It had been six years after all and the spam detection algorithms undoubtedly had improved significantly... right? It must be the case that as long as we have all of our ducks in a row, SPF, DKIM, etc. we shouldn’t see much of a deliverability impact.

Our first moment of consternation came when we started getting anecdotal reports from our early customers that transactional emails, such as password resets, were winding up in their spam folders. This also happened occasionally with highly personalized work emails sent directly to contacts.

One surprising side effect of having a .xyz domain is that the mere inclusion of .xyz inside of a text message will result in a silent delivery failure for many providers. For instance, see the following exchange with my wife as shown from both sides:

The text including the .xyz link is notably absent. Until I realized what was happening, I would sometimes have some very strange text exchanges with people whenever I would mention my company or my email address. Once we switched to spotvirtual.com, this issue went away.

Ironically, Google Voice also has the same behavior with abc.xyz.

After conducting business under spot.xyz we got the distinct impression that it was negatively impacting our brand. Although internally we did not share this same feeling,  we would occasionally get feedback from users and prospects that the .xyz domain felt unprofessional and that they would prefer to use an app with a different URL. This was surprising feedback, as we did not believe that, beyond the initial discoverability of our product, the domain itself would create this type of impact.

It turns out, sites using the .xyz domain that are malicious are common enough that many users have formed a direct association. Not only that, but this is true for webmasters and site administrators as well as we describe below.

This is a straightforward downside to using a .xyz domain. Some organizations have the entire top-level .xyz domain blacklisted, disallowing all of their user base from accessing websites with that extension. When Googling about, it is common to come across webmasters who are seeking advice on how to block the entire domain. Even if your application is strictly obeying the best edicate possible, simply being associated with a .xyz domain is enough to become entirely inaccessible to a subset of traffic.

For me personally, the most notable experience I had was being on the campus of my alma mater, the University of Washington, and being entirely unable to access spot.xyz on their wifi network.

Anecdotally, posting spot.xyz on Facebook, Reddit, and other social media sites often resulted in the link being categorized as spam (or worse, a malicious site) outright. Switching to spotvirtual.com resolved this.

How to Pick a Top-Level Domain

This post has been specifically about the .xyz domain, but we suspect that the same applies to many other top level domains. When choosing a domain, we suggest the following order of precedence:

Avoid at all costs (or savings) all domains which are priced incredulously cheap. The poisoning of the proverbial .xyz well was most likely caused by really cheap prices and promotions causing them to be chosen by spammers. Looking on namecheap.com, .xyz domains are currently priced at $1 whereas .ai is priced at $70. The cost of a domain is trivial in the larger context of starting a business and well worth it.

Ready to get started?